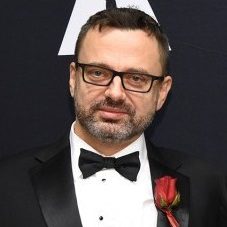 Peter Mitev is the CEO and Co-Founder of Chaos Group.

Peter is the first Bulgarian entrepreneur to be selected into Endeavor’s global network in October 2015.

Peter is the CEO and co-Founder of Chaos Group– a Bulgarian computer graphics (CG) software company that develops one of the most successful 3D rendering solutions for media, entertainment and design industries. V-Ray, its flagship software, has become the industry standard attracting clients such as Gensler Architects and the design studios for Game of Thrones, Halo, and Terminator.

Chaos Group was honored with a Sci-tech Oscar – the Scientific and Engineering Award at the 2017 Academy Awards for its overall contribution of the flagship product V-ray to the process of movie production.

Peter has been interested in programming and coding from an early age. After he graduated the Sofia University St. Kliment Ohridski, he started V-Ray together with Vladimir Koylazov in 1997. In 2014, Peter also co-founded Auxionize – a cloud-based service, designed to optimize the efficiency of procurement processes within companies.