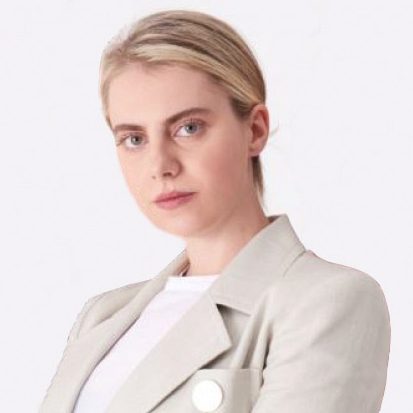 Sabina is a Co-founder and CEO of fashion brand BY FAR .

BY FAR is the first all-female founding team selected into Endeavor Bulgaria’s network.

Sabina completed her studies at the University of Wesminister in London in 2010 and soon after started her first venture in Bulgaria- a photovoltaic project in the renewable energy sector. Some years later, in mid-2016, Sabina teamed with her twin sister Valentina and sister-in-law Denitsa to launch the BY FAR brand that is focused on design and sale of women’s premium leather shoes and bags.

Within two weeks of BY FAR’s launch in 2016, the brand entered a key pop-up store in London and was also featured by VOGUE, which helped increase the brand’s awareness. The label’s shoes and bags are today sold in some of the most prestigeous department stores such as Harvey Nichols in London and Galeries Lafayette in Paris and worn by celebrities such as Demi Moore and Dakota Johnson